Rightsempower at the bedside of congolese women to defend their rights 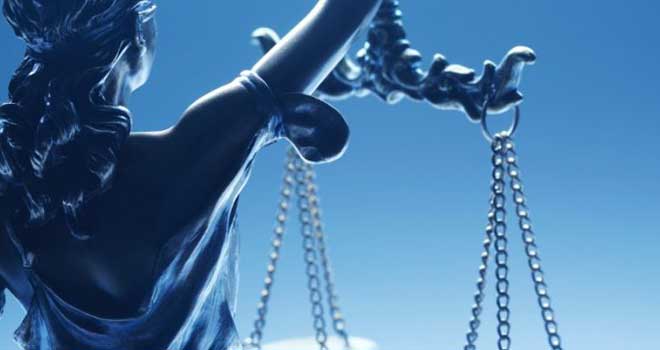 International women’s day is celebrated this year under the theme “women in leadership: achieving an equal future in covid-19 world”, while the Democratic Republic of the Congo (DRC) has chosen to reflect on the theme: ” Women in excellence leadership: an equal and digital society in era of Covid-19”. indeed, women have the right to equal future free from all forms of discrimination, injustice, violence and stereotypes; they have the right to a bright future with the same opportunities as their men compatriots throughout the world, because they have potential and skills in the same way as men.

In the DRC, for example, women constitute 53% of the congolese population[1] and play a crucial role in political, social and economic sectors. However, studies and surveys show that the status of congolese women in various areas of life remains worrying and low compared to men. In congolese society, many women and girls are exposed to multiple forms of violence (sexual, conjugal) and harassment; they are not associated with governance and the exercise of power and lack access to justice, land, education, etc.

The Congolese legal framework includes conventions as well as internal and international legislative and regulatory texts which assume the protection of women and girls.

The Constitution of February 18, 2006 stipulates the principle of gender parity between men and women within institutions. It stipulates provisions which guarantee civil and political rights to all Congolese in general, including women. Article 11 of the Constitution states “all human beings are born free and equal in dignity and rights”. Under article 14 “all Congolese are equal before the law and have the right to equal protection of the law”. It protects women with regard to access to education, justice and public service. However, women cannot be discriminated (Article 13).

In addition, Law No. 15/013 of August 1, 2015 on the modalities for the application of women’s rights and parity is a cornerstone law for the protection of women in the DRC. Its aim to promote gender equity and equal rights, opportunities and gender in all national life, in particular fair participation of women and men in the management of affairs of State.

Law No 16/008 of July 15, 2016 amending and supplementing law No 87-010 of August 1, 1987 relating to the Family Code, is a fundamental law which strengthens the status of married women with regard to their capacity. From this point of view, Law No. 16/008 cancels marital authorization for married woman and the obligation of spouses to agree to all legal acts in which they commit themselves, individually or collectively. In addition, it introduces the requirement of respect and mutual consideration of the spouses in their relationships, without prejudice to the other respective obligations incumbent on them in the management of the household. It should be noted that women’s rights are also stipulates in other legal texts, notably the Labor Code.

The DRC has ratified international, regional and sub-regional Conventions, treaties and agreements, which stipulate the protection of women and girls. These include: The Convention on the Elimination of All Forms of Discrimination against Women (CEDAW) adopted since 1979 by Member States of the United Nations. It was ratified by the DRC in October 1985. Under Article 1 of the Convention, the expression “discrimination against women” covers any distinction, exclusion or restriction based on sex which has the effect or for the purpose of compromising or destroying the recognition, enjoyment or exercise by women, whatever their marital status, on the basis of the equality of men and women, of human rights and of fundamental freedoms in political, economic, social, cultural and civil sector or in any other field.[2]

The Universal Declaration of Human Rights (UDHR), which was adopted in December 10, 1948, in Paris. It is actually the base of dignity for all, and offers women across the world a powerful weapon against discrimination, sexual violence, abuse, harassment, etc. The International Covenant on Civil and Political Rights (ICCPR) of December 16, 1966 is international legal instrument which advocates the protection of women. Under article 3 of the ICCPR States “The States Parties to the present Covenant undertake to ensure the equal right of men and women to the enjoyment of all civil and political rights”.

Convention No 4 on night work (women) of 1919, ratified by the DRC on September 20, 1960, constitutes an important legal instrument for the protection of women in industrial companies. Article 3 of Convention stipulates: “Women, regardless of age, may not be employed at night in any industrial company, public or private, or in any dependency of one of these companies, with the exception of companies where only members of the same family are employed”. The DRC has also signed the Protocol to the African Charter on Human and Peoples’ Rights relating to the rights of women; the United Nations Convention on the Rights of the Child; the SADC Memorandum of Understanding on Gender and Development; United Nations Resolution 1325. These international, regional and sub-regional legal instruments all proclaim equal rights between men and women and constitute as many commitments for the DRC to take legal and administrative measures for the enjoyment of these rights by women.

The institutional framework includes institutions with responsibilities for managing women’s issues. Indeed, the DRC has established the Ministry of Gender, Family and Child (MGFE), created in 2008. This ministry is responsible for “the development of the legal and institutional framework to ensure the participation of women in the development of the nation and a significant representation within national, provincial and local institutions and the effective integration of women in various policies and programs in the DRC”. There is a National Program for the Promotion of Congolese Women (PNPFC) created in 1999 by the government, and which works in collaboration with the Ministry of Gender and associations as well as non-governmental organizations (NGOs) working for the promotion of women.

It should be noted that in spite of internal and international legal instruments adopted, the issue of discrimination, sexual violence, harassment, injustice, lack of access to justice and education remains a major challenge in several provinces of the DRC.[3]

For this purpose, RightsEmpower, through partnerships with international organizations and its own initiatives, carries out targeted actions aiming the defense, protection and promotion of the rights of women and girls in the sectors of the environment, justice, water resources, education, land, entrepreneurship, etc. In the environmental sector, RightsEmpower, with the financial support of the Food and Agriculture Organization of the United Nations (FAO), carried out a study on the diagnosis of legal texts aiming the promoting of restoration forests and landscapes as well as land tenure. Through this mission, RightsEmpower actively contributed to promoting the rights of women in the exploitation of forest resources and land management in the province of South Kivu, by carrying out advocacy actions and proposing legal texts at local level.

In the justice sector, RightsEmpower supports, assists and defends poor women without the means to access justice and land before courts and tribunals. In 2020, RightsEmpower accompanied Madame Cathy, 40 year-olds, based in Boma city, Kongo Central province. She has been victim of the concession spoliation measuring more than 3 hectares belonging to a company, who’s the partners have appointed this woman as legal liquidator. She tried several times in vain to initiate legal actions, however for lack of means and for fear of pressure community, she had to give up. To support Ms. Cathy, our actions were directed to the competent local court. Thanks to this support from RightsEmpower, a judgment was rendered in favor of this woman restoring her to all her rights.

In the water sector, RightsEmpower participated in the “Water gender mainstraiming” project, with financial support from SADC. Our law firm has contributed to the pillar of capacity building of women in the water sector in the DRC for the rational use of water in their activities related to subsistence agriculture. This will allow them to contribute to food security in households in the DRC.

In 2018, RightsEmpower pledged to stand up for teenage girls in conflict with the law. In the case under RECL 2535 before the Ngaliema Children’s Court, opposed Mrs. Nyoto Félicienne against Mbungu Mbeza Freddy, RightsEmpower, free of charge, verified the file at the registry, order No 491 on provisional measures and different minutes. After several hearings, the assistance and defense provided by RightsEmpower resulted in a judgment for the release of Mrs. Félicienne.

RightsEmpower is committed to continuing its actions in favor of women and girls for the promotion and defense of their fundamental rights as stipulated in national and international legal instruments, In purpose of ensuring their empowerment.

[2] Article 1, Review of reports submitted by States parties under article 18 of the Convention on the Elimination of All Forms of Discrimination against Women, DRC, December 21, 2011, p.5.