Legal impact of the new manual exchange regulation in the DRC 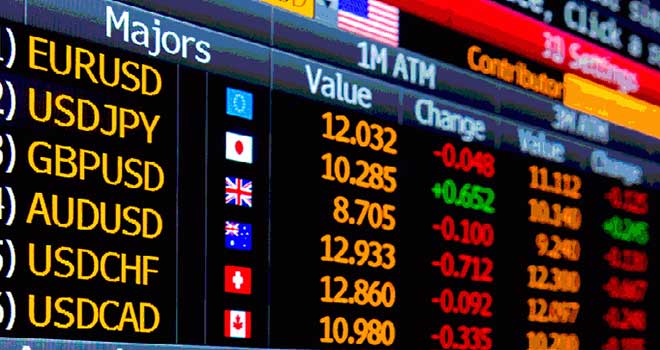 In the Democratic Republic of Congo, the manual exchange sector is an old activity most used by individuals, who are engaged in the transactions of buying and selling foreign currencies against the national currency and vice versa. Currency trading is a widespread phenomenon that comes from the monetary instability experienced by the country in 1993. It should be noted that this situation was accentuated by the political upheavals in 1990 which led to the tremendous consequences on the economies and more particularly on banking systems. In other words called “Changers”, these individuals’ purchases and sales foreign currencies against the national currency and buy and sell in cash foreign currencies against other national currencies other share. For several decades, this growing activity has been carried out in the absence of any specific applicable regulation likely to eradicate the legal and operational risks denounced several times by the banking institutions, the consumers, the public authorities and other actors evolved in this market. The Central Bank of Congo, according to its missions especially to elaborate the regulations concerning operations on foreign currencies; has established a specific regulation that governs all manual exchange activities in the relationship between manual money changers, consumers and the control authority.

The manual foreign exchange market is a very popular activity that has evolved several decades without regulations in order to determine the obligations and relationship between operators, consumers and the control authority involved in this business. It is so quiet to mention that the lack of prudential rules applicable to the manual exchange, has made operators, commonly called “Changers” to operate the activity according to their subjective rules which led most of them to act malicious, for instance, grant of loans to individuals with high interest rate, organize the fund deposits on behalf of their customers, carry out transfer fund abroad, importing and exporting bank notes, making large-scale currency exchange transactions per day, etc. It should be noted that the manual money changer’s behavior are considered as an encroaching on the activities of the commercial banks, and in other hand, the wrongdoing cause economic and financial difficulties to the financial institutions.

The purpose of this article consists to identify the key general and specific provisions that organize operating of manual foreign exchange activities on the national territory.

In this approach it will be a question of examining the relevant points addressed by the new regulation, in particular: (1)the legal status of manual money changers; (2) the scope of the foreign exchange activity; (3) the classification of manual money changers; (4) the rules for creating Bureau de Change or manual changer; (5) restrictive activities; (6) the obligations of  Bureau de Change and manual changers; etc.

The manual money changers are individuals or corporates congolese, other than credit institutions that carry out, as their usual profession, manual exchange transactions. With regard to this administrative provision, we can bring out three legal attributes, cumulative recognized to manual money changers:

■ To be an individual or corporate under congolese law

■ To practice the profession in usual way

■ To do a manual exchange transaction

The new regulations related to manual foreign exchange activities set up the requirements before operating an exchange activity. Firstly, manual money changers must be the individuals or commercial enterprises legally registered under OHADA law. Secondly, individuals or companies must operate the business without interruption. Thistly the operation must be a manual exchange transaction, in other words they must make manual exchange a unique activity.

Administration instruction No. 007 subdivides three types of manual changers. They can subscribe to practice their profession as:

Constitution of the bureau de change or manual changer

The regulation of Central Bank of Congo imposes the requirement for manual money changers, to be constituted in Bureau de Change or manual changer, and these must be affiliated to the Bureau de Change.

In this option the Bureau de Change operates as:

As a corporate, the Bureau de Change must fulfill the following conditions:

1. Register as a limited liability company

Manual Changers which would like to open the Bureau de Change must constitute under the form of a Limited Liability Company (LLC), in accordance with the OHADA law related to commercial companies. This is to comply with the conditions of substance and form.

Bureau de Change must obtain an operating license (RCCM), the National Identification Number, the Tax Number, the INPP, the INSS, show notarial statutes, demonstrate the proof of the existence account in national currency and / or in foreign currencies opened with the financial institutions approved in the name of the applicant; etc.

Regulation specifies that the first and second type of the Bureau de Change must address the letter of application for approval of the central bank of Congo.

This letter will be accompanied by the following evidence:

Applicant for obtaining approval is required to pay 3% of the deposit for file review.

Once application for approval received, the Authority has 90 days to examine. Whether the deadline expired, it supposed that the authority has approved the application. (art 11).

3. Payment of the deposit

In case the Central Bank of Congo gives a favorable opinion on the application for approval, the applicant is required to pay the deposit and approval fees as follows:

For the manual fees:

It should be noted that the opening of branches allows to the payment of deposit fees (3%).

In this category the manual changer carries out the activity as:

As an individual, the Manual changer is required to fulfill the following conditions:

In this type, the applicant must send the letter of application for approval to the Governor of the Central Bank of Congo.

The letter must be accompanied by the following elements:

Bureau de Change and Manual changer are not allowed:

The Bureau de Change, as a corporate are bound by certain obligations in foreign exchange transactions, such as:

Manual changers are bound to the following obligations:

Manual change regulation is cornerstone legal tool that governs manual change trading activities between changers and consumers involved in the manual exchange market across the country. Prudential regulatory measures help to fight against money laundering and the financing of terrorism. This regulation defines the obligations of manual money changers vis-a-vis the supervisory authority and gives a large clarification related to the restrictive activities which they can’t afford in operating of their manual exchange activities.