Cryptocurrencies: regulatory mapping in the europe, america and dr congo 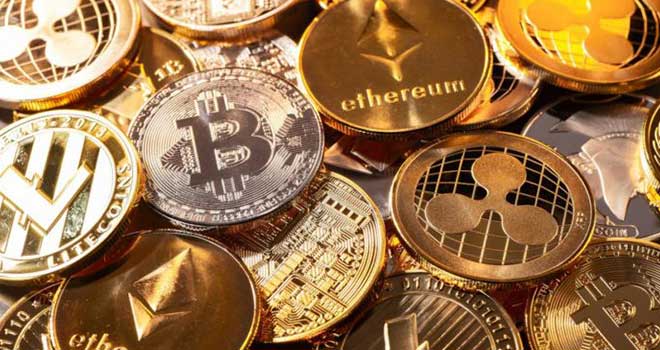 The appearance of cryptocurrencies is the subject of several issues for many years. The most often issues raised by these instruments including technological, political, economic, monetary, financial, and legal.

Less than 10 years after their emergence, they have emerged from the shadows, sparking great interest from companies and individuals, as well as Central banks and other authorities.

1 In June 2018, more than 1.600 cryptocurrencies 2 have been inventoried for an estimated market capitalization of $ 270 billion.3 Across the world, new initiatives are developing to invest in the cryptocurrency market.4 In addition, the exponential development of cryptocurrencies impacts the real economy.

Indeed, they are attracting investors as well as entrepreneurs who follow up the trend of the market price. However, the cryptocurrency sector is surrounded by criminal activities such as money laundering and terrorist financing. Moreover, they are characterized by volatility, lack of consumer protection, etc.

Obviously, the regulatory approaches vary from country to country, some welcoming, others cautious and others absolutely hostile. It is in this optic that we are carrying out the regulatory mapping in Europe, America, and DR Congo.

1- Cryptocurrency: what does it mean?

Cryptocurrencies are digital currencies that have developed outside of any State control and that operate in a decentralized manner.6 They exist only on a peer-to-peer computer network, it means on the decentralized and distributed Blockchain system.

They are the expression of social movement and libertarian inspiration which reject centralized systems. Cryptocurrencies aim at the elimination of banknotes and coins.

Moreover, they are not issued by the Central banks and their value does not depend on the States, governments, or general bank policies. They are purely private currencies, without legal tender, without any physical or financial backing.

But it does not mean that they are not regulated; they are regulated as long as part of Blockchain in which everyone can participate schematically.

It was created in 2009 by Satoshi Nakamoto. During its creation, definition, operation, and code, Bitcoin was chosen, that in the end, it should reach just 21 million Bitcoin, no more.

In the first quarter of 2019, around 17.62 million Bitcoins have been inventoried in the global market. So we still have to create as many and it will certainly require decades.

Logically, once the number of 21 million Bitcoins reached (a limit which could be reached around 2140s), the financial market will automatically exchange them in a classic way, but except that there will not be more than this « scarcity » which makes the value of Bitcoin. It’s like gold or any other precious metal. Bitcoin obeys the law of supply and demand; and that’s what makes it unique.

Indeed, cryptocurrency investments are truly dangerous. These are the kind of investments that everyone can not afford. It is possible to lose your money invested, but it can be possible to earn money very quickly.

It should be noted that cryptocurrency investments rely on volatile supports. According to policies related to cryptocurrencies investment, the principle is: « invest only when you are ready to lose ». Because the future of the cryptocurrency market is a mystery and its market is imprescriptible.

In the investment framework, it is relevant to take into account the shadows and lights of cryptocurrencies.

Among the lights we mention the anonymous, transparency and decentralization characters allow almost instantaneous transfers (less than ten minutes), zero fees (lower than those of bank cards or PayPal, global exchanges, absence limit in the amounts transferred, absence of intermediary to store or transfer cryptocurrencies (the possibility for anyone to exchange them).

As the shadows, we note that cryptocurrencies are limitless. They present the potential risks of money laundering and terrorist financing, criminal or illegal activities at a global scale; the lack of consumer protection in the event of risks or scams.

The rise of cryptocurrencies, especially Bitcoin, is not without posing legal issues. Thus, exists the list of legal issues related to Blockchain technology, in particular, the legal qualification and classic adaptation notions of applicable law, competent jurisdiction, liability, mode of proof, anti-competitive agreements, property, guarantees, confidentiality, third-party trust, the legal status of « smart contracts », the personal data processing (the right application to rectification, deletion and forgetting of data), the problem of internationalization operations of the public Blockchain, in other words, the stakeholders of Blockchain operating under pseudonyms and without limitation of national borders, which is absolutely difficult to establish responsibilities in the event of fraud or illegal activity, without forgetting the issue of the supervision of ICO (Initial Coin Offering) which is the procedure for raising funds via the issuance of digital assets exchangeable for cryptocurrencies.

It should be noted that lawyers are wondering about the ownership and transfer of cryptocurrency. The cryptocurrency, such as Bitcoin, is it « erga omnes right »? Does Bitcoin a debt right?

Other questions deserve to be asked in the event of disputes about Bitcoin exchanges: what are the possible remedies and against whom? Which are the competent courts?

And what is the applicable law? Bitcoin, can be assimilated to common currency?

These legal issues are seen as major challenges for some countries that have allowed the use of cryptocurrencies for financial transaction purposes.

5- The regulatory approaches of cryptocurrencies in Europe and in America

Although cryptocurrencies present significant economic and financial opportunities; some countries have taken different regulatory approaches to cryptocurrencies in order to ensure legal security for the investors.

Before addressing this subject, it is important to note that despite the regulatory initiatives adopted in these continents, it is difficult to achieve an extensive regulation because the cryptocurrency is an asset that is not regulated by itself (because it is not a currency), however, rather it is the uses of cryptocurrency that are increasingly regulated. It should also be mentioned that what is more regulated is money laundering and terrorism financing.

In Latin America, on the other hand, cryptocurrency laws vary from country to country. The regulation of cyber-crime covers the entire legislative spectrum. Mexico, Argentina, Brazil, Venezuela, and Chile have regulated cryptocurrencies. They are commonly accepted as a form of payment by retailers and merchants.

In Canada, cryptocurrencies are not legal tender. However, since 2013, the Canada Revenue Agency has imposed taxes on cryptocurrency transactions.

But, it should be noted that Canada is truly proactive in dealing with cryptocurrencies. In 2014, he enacted the Money Laundering and Terrorist Financing Act. This Act is subject to entities that carry out cryptocurrency transactions. As for exchanges, cryptocurrency exchange regulations are not uniform at the provincial level, but at the federal level, the authorities consider cryptocurrencies as securities.

In addition, the European Union law provides for the European anti-money laundering and counter-terrorism financing directive7, which defines « a crypto-asset is a digital representation of value that is not issued or guaranteed by the Central bank, which does not necessarily attach to the currency which is legal tender and does not have the legal status of the currency, but accepted by companies and individuals as the medium of exchange and can be transferred, stored or exchanged electronically ».8

In addition, it exists the European directives that provide obligations for cryptocurrency platforms to put in place rules requesting the origin of funds9.

France has adopted an original approach regulating the issuance and circulation of tokens. Two Orders (from 2016 and 2017) came to regulate financial innovations linked to Blockchain. It has also adopted the PACTE law.10 This law establishes a new regulatory regime relating to fundraising by issuing tokens (ICO).11

6-What about the regulation of cryptocurrencies in DR Congo?

As the monetary and financial regulatory authorities in Europe, America, and Africa, the Central Bank of Congo(CBC) has taken a position on the issue of cryptocurrencies or virtual currencies.

However, the regulatory and supervisory authority prohibits the population from approaching these malicious structures.

From a legal point of view, cryptocurrencies are not legal tender in DR Congo. In addition, the Government has not yet expressed the intention to adopt specific regulations on cryptocurrencies.

He considers that cryptocurrencies contribute to criminal activities, including money laundering and terrorist financing, they do not protect consumers from legal risks.

Some qualify cryptocurrencies as « open source » currency because at this time any start-up can easily create a cryptocurrency and his Blockchain outside of the banking system(like local currencies).